Telling the Story of a Fit Financial Future

In early July Deutsche Bank, the biggest bank in the eurozone’s biggest economy, announced it was cutting 18,000 jobs – part of sweeping measures to reduce costs by approximately 6 billion euros over the next three years. Founded in 1870, the bank currently has 78,000 employees in over 70 countries. Any organisation about to lose a quarter of its workforce faces a painful process of transformation, but financial sector upheavals can have a particularly long-lasting and far-reaching impact if the transformation isn’t informed by a positive, inspiring story that looks ahead to a fitter, more profitable future.

Huge institutional changes create fear and uncertainty in a workforce, triggering a downward spiral of disengagement and plummeting morale. Highly skilled employees begin looking over their shoulders and investigating opportunities elsewhere; client confidence begins to dissipate rapidly as the waves of uncertainty ripple through the organisation to the public periphery. So the Executive team needs to galvanise behind a new strategic narrative – and quickly.

Deutsche Bank’s share price is currently at its lowest since 2007, so the stakes for its management team couldn’t be higher: tell a new story, and tell it well, or accelerate the metastasising perception of a business in terminal decline. Get this story right, and the transformation can rewrite an organisation’s history – it can even transform an entire economy.

Britain, February 15th, 1971: Decimal Day. After hundreds of years of fruitless discussion and stubborn inertia, Britain had at last accepted it was being left behind in a global monetary system that had embraced decimal currency centuries earlier. The rouble (1704), the US dollar (1785) and the franc (1795) were the envy of progressive economic thinkers who feared that Britain’s currency was stuck in a romanticised heyday. British currency was a complicated throwback to Roman times, where a silver pound was divided into 240 pence; over two millennia, it had spawned an idiosyncratic and complicated family of British coins which included the farthing, the shilling, the florin and the crown.

The idea of a decimal silver currency had been first floated by mathematicians over 400 years ago. In a debate on decimalisation in the House of Commons in 1847, the MP Sir John Bowring argued that “every man who looks at his ten fingers saw an argument of its use, and an evidence of its practicability.”

But the longevity of this archaic coinage was now deeply rooted in British culture, and its denominations were affectionately defended by its public. The ‘five farthings’ of the ‘Oranges and Lemons’ nursery rhyme, and the ‘thrupenny bit’ (three pence coin) hidden in the plum puddings served at Christmas, were intertwined strands of the country’s economic and cultural DNA. In addition, the changes to day-to-day structural minutiae required by the mooted new currency – telephone boxes and electricity meters would have to be refitted nationwide – made the public suspicious about how it would interfere with their lives. “I have not got the extra money to find for something I did not vote for and never would,” complained one guest house proprietor to her MP in 1970, a year before the watershed date now archly referred to as ‘D-Day’. “This has been forced on the public whether they want it or not.”

Either way, the public got their brand new pounds and pence on schedule, and without the disruption predicted by the new currency’s opponents. Given that the decision to convert to a decimal system had only been officially made in 1969, this success is a tribute to the efficiency of the government’s strategic storytelling and its willingness to listen to the concerns of its public. The unveiling of the new coins was staggered, and piggybacked on iconic cultural celebrations such as the 1969 FA Cup final, where the new 50-pence piece was used in the pre-match coin toss a full six months before its release into general circulation. By 1971, three of the six new coins were already in use, and a blitz of media publicity had prepared the public for the transformation, dissipating much of its fear (the sixpence, the UK’s most beloved coin, remained in circulation until 1980, so that the cultural habits of the past could dissolve more gently into the future). The broadcaster ITV aired repeat viewings of a short educational television drama, Granny Gets the Point, while the BBC createdan information film for schools called New Money Day. The messaging in this brilliant narrative was distinct and easily digestible: if Granny and the grandkids can happily welcome this transformation, so can you.

Effective strategic storytelling of this kind enables behavioural change through tools The Storytellers identify as the 3Ms: motivation through meaning, connection and personal storytelling; giving people the meansto help them learn independently through storytelling; and creating momentumto keep this new shared story alive.

Through meaningful emotional connection, storytelling can reassure an anxious grandmother with unfamiliar coins in her purse, or it can re-motivate a disengaged and fearful workforce faced with the uncertainty of significant transformation. For the first time since the financial crash of 2008, Deutsche Bank has an opportunity to reset and refocus, uniting Executives and the global workforce around a new strategy as they chart their way through a complex and uncertain global business landscape. A narrative-driven approach to landing the transformation, and the resulting strategic shift, can ensure that everyone is part of the story of this organisation’s journey towards a fit financial future. 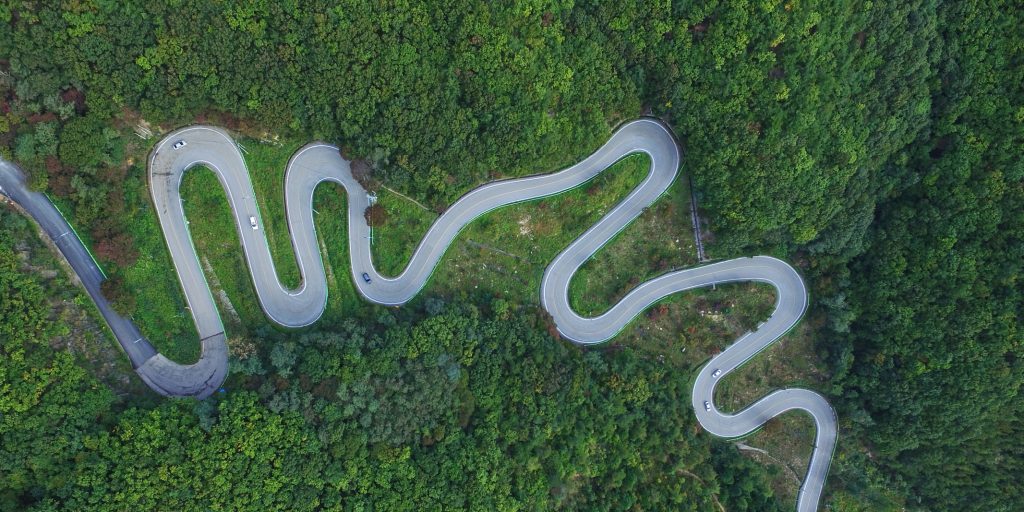